Sauze d’Oulx was host to the four freestyle skiing events at the 2006 Turin Winter Olympics.

There were both men’s and women’s competition in both aerials and moguls events. In moguls, the athletes ski down a slope littered with moguls, attempting to get down in as fast a time as possible while also attempting to get points for technique and their two aerial jumps during the course. The aerials events consisted of two jumps, which were judged by air, form and landing.

The Freestyle slope can still be seen on the left hand side of the road at Jouvenceaux as well as the Olympic rings a little further up the road.

The Freestyle Winter Olympic events held in Sauze d’Oulx are still available to watch on YouTube:

Two of the special edition Turin Olympic posters: on the left the freestyle events poster and on the right the main Winter Olympics poster. As you enter Sauze d’Oulx you can see a sculpture, an interpretation of freestyle skiing, on the roundabout to commemorate the Games. 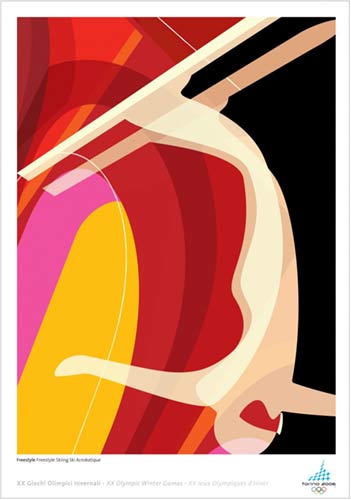 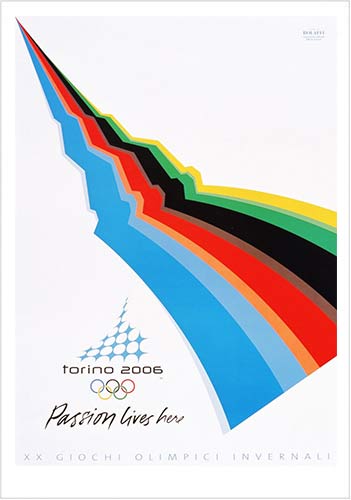